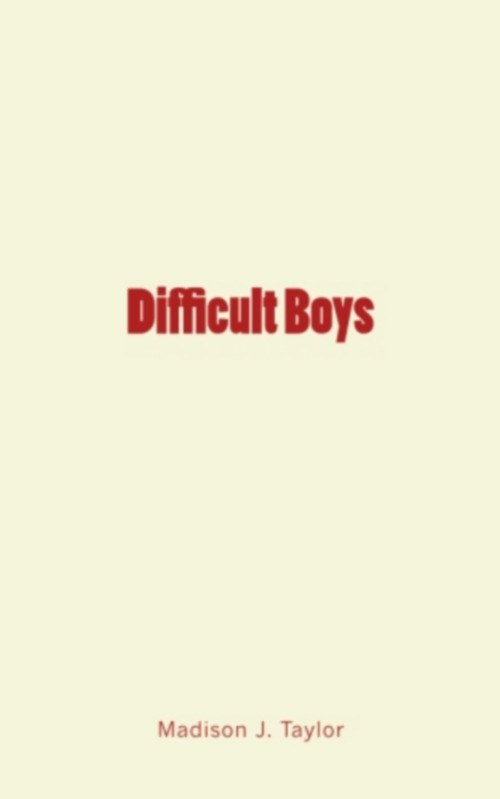 The difficult boy stands clearly differentiated in my mind from the backward-minded or irresponsible boy, although there are grounds on which they may become merged. The difficult boy, as I conceive him, is one endowed with normal impulses, usually overstrong, which, because of defects of early guidance, have become diffusive, unsymmetrical, lacking inhibition, one who is commingled of more bad than good, yet often capable of great things under favorable conditions. There are those in whom the ingredients vary in other directions, among the worst of which are apathy, laziness, secretiveness, moral shortcomings. These, however, will soon or late become classifiable differently. The difficult boy may appear to be a liar, a bully, selfish, unwilling to exert himself in worthy directions, of even other and perhaps worse characteristics. All this may be due to pressure of circumstances obtunding a none too vigorous sense of right and wrong, distorting conceptions, inducing acts and speech which belie inherent normal instincts which are undeveloped or chronically impaired. In short the seeds of wholesome manhood are present, in fair measure, capable at times of splendid development, often to admirable citizenship, but not strong enough unaided to nullify the blanketing effects of circumstance. How are we to estimate what these counteracting forces are, or were, in the instance? How should we have conducted ourselves under the same baffling influences? What would have been the effect of the same plainly indicated disheartenments, evil influences, examples on one nature as compared with another? If we examine our own personalities, we can see evidences of effects springing from apparently trivial causes out of all proportion to that which should have followed. A critical, candid self-survey will often astonish and alarm us at the close escapes we have made from impulsions which swayed us forcefully. What consequences have we escaped by sheer accident? In short, how can we wisely make allowances for forces potent in others, the nature of which we may only dimly know and are practically unable to appreciate in all their temporary despotism? The question is how far will the normal impulses carry any one? We plume ourselves on our own individual solidarity, poise, achievements, our importance in the community; yet we have survived endless perils by means of some judgment and more luck.