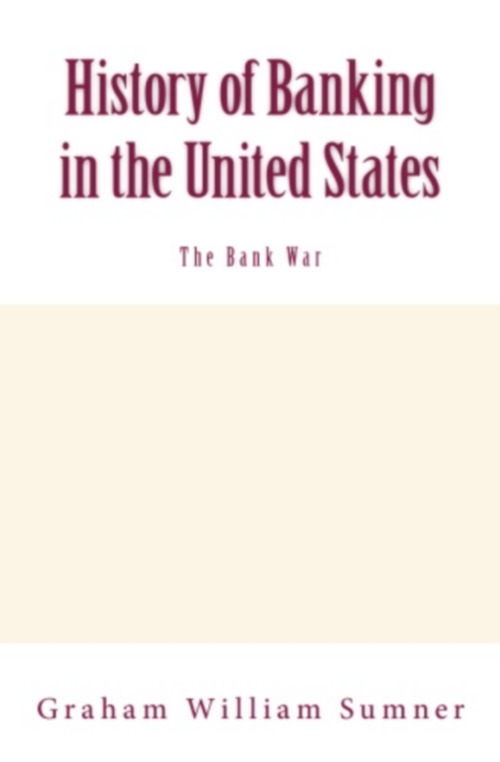 History of Banking in the United States (Vol.2): The Bank War

This book deals with the US history of banking in the 19th century. This volume is the continuation of the "History of banking in America - Vol.1", which dealt with the Beginning and Development of bank system in America (from 1630 to 1832). "If Jackson intended to open a war on the Bank, it is strange that he should have chosen a Pennsylvanian, Samuel Ingham, as Secretary of the Treasury. It fell to the lot of that gentleman to open the war on the institution, of which all Pennsylvanians were especially proud. After the report of the Investigating Committee on the Bank of the United States, in 1832, he published an apology for his own action in the matters which are about to be narrated, in which he said that, soon after he entered on the duties of his office, he heard the President make frequent declarations in conversation which showed that "he had imbibed strong prejudices against the United States Bank and was distinctly opposed to the existence of that institution," and that he (Ingham) was "appealed to as the head of the department charged with official intercourse between the government and the Bank for protection against what was termed the political abuses of that establishment. It was often stated to me that the branches in Louisiana and Kentucky had greatly abused their power for political purposes, not only in elections for the general government, but in State elections, from whence it was inferred that other branches had done the same elsewhere." The specification under this last head was the above mentioned interference in Kentucky, in 1825, which was asserted by Kendall, although, when he endeavored to obtain corroboration for it from his informant, he failed to do so. The "Louisville Advertiser," speaking from an inside knowledge of the management of the old court campaign of that year, contradicted the assertion that any aid had been given by the Bank of the United States, and the president and seven out of eight surviving directors of the Lexington Branch published affidavits denying that their bank had ever contributed to the funds of any political party. This one disputed allegation of fact was made to bear a tremendous superstructure of assertion, inference and conviction. Our narrative will now follow the order of events in time, although the facts were not known to the public until 1832..."