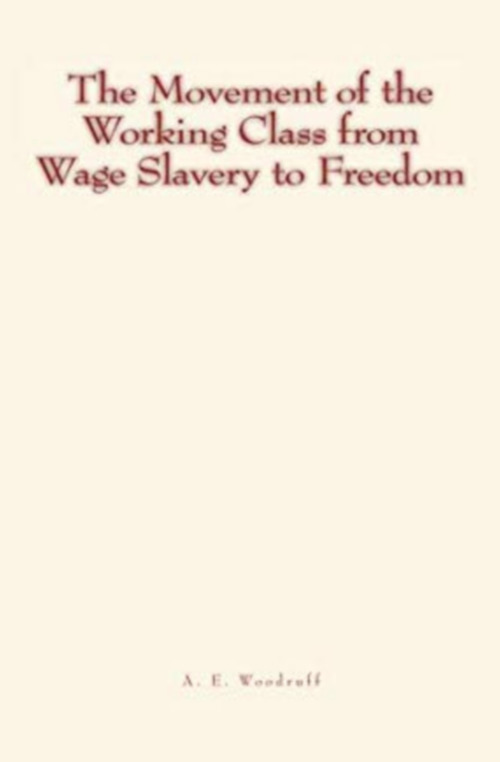 The Movement of the Working Class from Wage Slavery to Freedom

"The new dominant class warped the old institutions to its own purposes, introduced a new method of production and exchange, imposed its will upon the balance of society and thereby established a new civilization. The Chattel Slave System of the Roman Patriciate gave way to Serf System of the Feudal Lords. Feudalism disappeared before Capitalism with its Wage Slave System of factory and machine production. The lesser Capitalism now moves aside for Plutocracy with its highly centralized form of Corporate Ownership and Industrial Control, and we seem about to enter upon a new era-the age of Industrial Feudalism. ... The breaking up of the Feudal relations changed the method of land tenure. Many of the serfs became peasant proprietors, while others were transformed into mere farm laborers, or drifted into the factory towns. The handicraftsmen thronged the factories and under the new "divine" (?) right of contract, sold their labor-power at whatever price the Capitalists chose to pay for it. Property in the lands and tools of production still continued. The Wages System was, in essence, another form of servitude, and fiercely aggravated by the fact that the payment of the stipulated wage cancelled all the obligations between the man and his master. The freedom so loudly proclaimed was, for the workers merely a freedom to change from a bad master to a worse one, or at the worst to starve. Realization of PROFITS was the sole consideration for continuing production. When profits ceased, industry ceased, or the scale of wages went down until there was a sufficient margin of surplus value to induce the proprietor to again open the factory doors." This books deals with the evolution of the Working Class from Wage Slavery to Freedom.